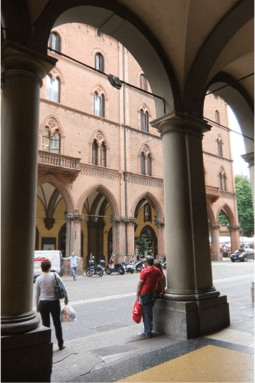 I travelled to Bologna with my aunt in early June 2014 and stayed in the town for a week before going southward to Naples for a heritage conference in Naples and Capri. Bologna is known for its famous ‘Spaghetti Bolognaise’ which I consumed in copious amounts during my stay. As a heritage architect, I was particularly interested in looking at the historical buildings, streets, urban squares and colonnades.

I found Bologna to be a busy place with a lively arts and cultural centre. It is an important railway and motorway hub in Italy.

It is situated in the north of the country at the heart of the Emilia Romagna region. The economy of Bologna is flourishing, buoyant and innovative, yet it is encased with historical gems. Virtually all its streets in the historical section are lined with colonnades. In fact, it is the colonnades that most characterise and typify Bologna. 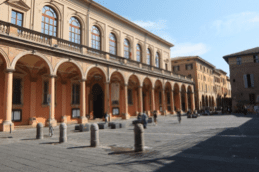 Today, Bologna is the seventh busiest Italian destination for passenger traffic. Bologna Centrale railway station is one of the most important train hubs in Italy thanks to the city's strategic location. It serves 58 million passengers annually (Wikipedia).

At the end of 2010, the city proper had a population of approximately 400,000. In accordance with the 2009 census, 89.47% of the population is Italian. The largest immigrant group comes from other European countries (mostly Romanians and Albanians), but many of the cafes and pizzerias are run by Asian migrants who have emigrated from China and have been assimilated into Bolognese society. 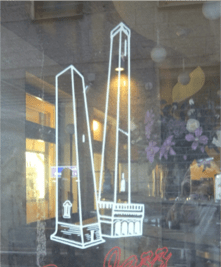 Until the late 19th century, when a large-scale urban renewal project was undertaken, Bologna remained one of the few remaining large walled cities in Europe. Despite having suffered considerable bombing damage in 1944, Bologna's 350 acres historic centre is Europe's second largest, containing a wealth of important medieval, renaissance, and baroque buildings.

Historically, Bologna developed along the Via Emilia as an Etruscan and later Roman colony; the Via Emilia still runs straight through the city under the changing names of Strada Maggiore, Rizzoli, Ugo Bassi, and San Felice. Due to its Roman heritage, the central streets of Bologna, today largely pedestrianized, follow the grid pattern of the Roman settlement. Only twenty medieval defensive towers remain out of up to 180 that were built in the 12th and 13th centuries before the arrival of unified civic government. The most famous of the towers of Bologna are the central "Due Torri" (Asinelli and Garisenda), whose iconic leaning forms provide a popular symbol of the town (Wikipedia). 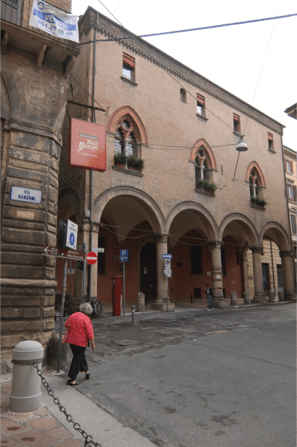