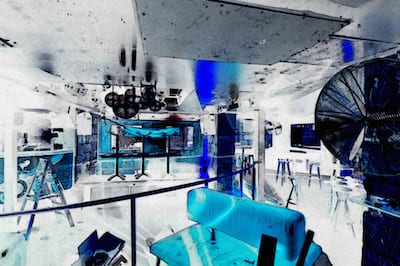 For the purpose of this convention, consideration is given to the notion of respect for cultural diversity and human creativity; for a sense of history and mutual respect amongst communities, groups and individuals. The convention is strongly linked to international human rights instruments enshrined in the Convention for the Safeguarding of Intangible Cultural Heritage, 2003. The protection of intangible cultural heritage is closely aligned with human, economic, social, cultural, civil and political rights as defined in various UN declarations since 1948.

In the Australian context, intangible cultural heritage may be expressed through numerous and varied secular and religious practices such as holy communion, celebratory breakfasts for seven year olds in the Church Hall, bar and batmitvahs for 12 and 13 year old Jewish children, the festival of Eid al-Fitr – the Feast of Breaking the Fast at Ramadan, Baptisms, Christenings, Naming Day ceremonies, wedding ceremonies, 21st birthday parties, school dances, family summer holidays, school sports, rugby matches, cricket matches, swimming carnivals, racecourse events, gambling, betting or camps on the river at Christmas for the Wiradjuri people of the Murrumbidgee.

Intangible cultural heritage may be represented by more ephemeral means such as body art, dance, music and traditional corroborees; by media such as film, radio especially talk-back-radio, popular, traditional, classical and jazz music, poetry, fine art, journalism and television; new media such as the Internet, blogging, epistemic communities (shared causal or normative beliefs), knowledge networks and twitter. Intangible cultural heritage may be expressed in the form of artwork, exhibitions, physical artefacts and other aspects of embodied cultural, symbolic and manufactured material.

Expressions of intangible cultural material are not only inherent in idiom and design but in the way we live; the way we make our homes and decorate our houses and grow things in our gardens or the way in which we work together in offices, factories, industrial plants; the way we spend our weekends and holidays; the way we eat together in restaurants or at home; the way we attend to the sick, the young, the old, fragile and infirm; the way we shop, prepare food, feed people and our diet; the way we teach people and learn at school, universities and in the workplace; our loves, desires, distastes, our prejudices and fears; the way we govern including our parliaments, our Federal structure, elections and compulsory voting system and; our concerns about the world in which we live; globalism, terrorism, capitalism, neoliberalism and the loss of local structures of polity.

Aboriginal knowledge of where and how to catch fish; our many pastimes spent at the sea such as Australia's unique surf lifesaving volunteerism, our natural and built surroundings in Australia such as suburbia, urbanism; our forests, deserts, trees and rivers, mountains, coastline and the vast dry interior under a beating sun; the Australian climate; its weather patterns – both extreme and temperate; our fauna and flora; our productive output, our banking, spending, investing and superannuation practices, our families, relatives and sense of self, our creative endeavours, the stories we tell, pastimes, pleasures and tolerance of pain – all make up who and what we are as an Australian people. Each component constitutes an aspect of intangible cultural heritage.

Intangible cultural heritage is rich, varied and replete with myriad representations in multiple forms. It is in a constant state of flux and can never represent any one particular thing at any time. Nonetheless, it evokes community spirit, defines who we are as a people and is subject to technological, spatial, linguistic, existential and natural influence and change.

Intangible Cultural Heritage ICOMOS is dedicated to the recognition, identification and the maintenance of intangible cultural heritage. As an organisation, it seeks to celebrate and protect its myriad expressions, representations and practices.