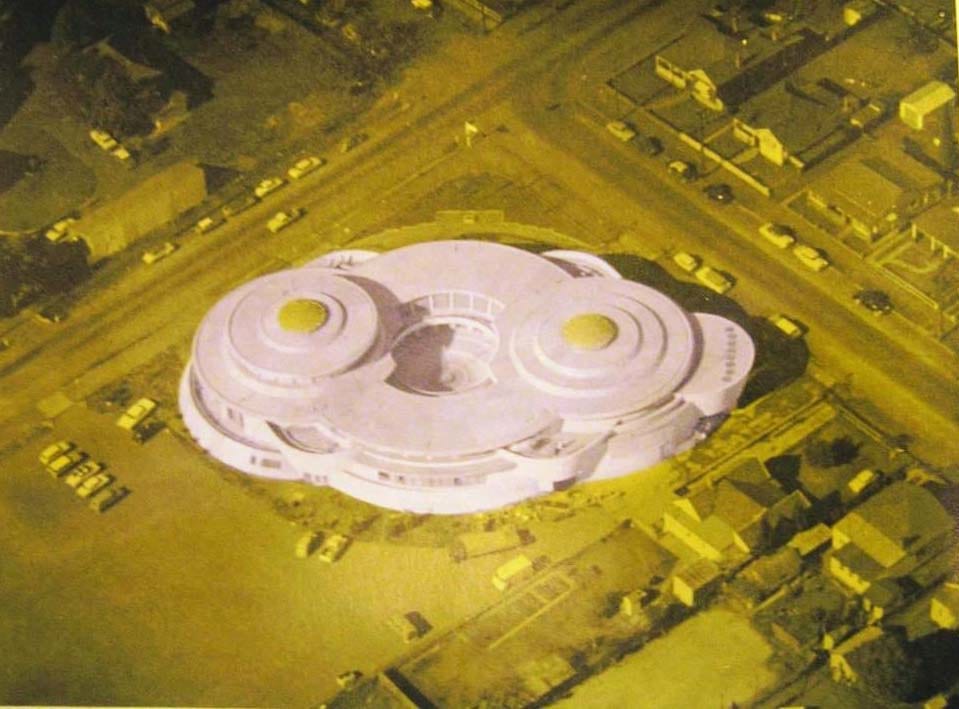 Rappoport Heritage Consultants were recently engaged to work with Network Interiors to refurbish the Granville RSL club. The building was designed by architect Frank Fox in 1964 and was dubbed the “Opera House of the western suburbs” by Fox himself. The original design was based around two saucer shaped elements which in 2013 constituted an auditorium and a game area.

These areas are linked by a central courtyard drum with Memorial Fountain which symbolises the original centre of the building.

A series of unsympathetic modifications particularly in the 1980s have unfortunately distorted the original circular design of the building. Many of the unique elements of Fox’s design were either altered or removed to accommodate different uses during this period.

During this phase of refurbishment it was Rappoport’s aim to provide heritage consultancy and guidance during the design development phase of the refurbishment project.  The objective was to ensure that the contemporary needs of the user was balanced with the cultural significance of the building and that no loss of culturally significant fabric occurred.

Of particular importance to Rappoport during the project was the conservation of the vermiculite dome over the southern auditorium which was proposed for conversion into a restaurant. The dome remains one of the most intact and defining features of the Fox design and therefore under our guidance Network Interiors retained it unobstructed and in its entirety.

Other adaptive reuse and conservation strategies were implemented throughout the building that in Rappoport’s opinion conserved the identity of the building. Using existing punctures in the skin of the building to accommodate the proposed kitchen exhaust; retaining the original timber panelling batons on the walls of the auditorium

behind curtain walls so that they may be uncovered in the future; and retaining the Memorial Fountain in its entirety under the proposed new deck which Rappoport was given to believe was necessary for the continued usability of the space as the current deck was stepped and impractical.

Rappoport was pleased with the final plans proposed by Network Interiors and was satisfied that the remaining characteristic elements of the iconic work of Frank Fox would be conserved and could continue to be appreciated into the future.