According to Mathias Ripp (Senior Heritage Manager and World Heritage Coordinator - ‎Regensburg University of Applied Sciences), our understanding of cultural urban heritage is changing. From spectacular monuments that were listed in the beginning of the preservation-movement around Europe we are now widening and broadening our understanding of cultural heritage. Recent international conventions are dealing with intangible heritage, documents, and other new categories. The current scientific discussion even seems to shift from an object-based understanding towards a more holistic understanding of cultural heritage (posted on LinkedIn 5 Jan 2017).
Heritage experts have begun to feel this shift around them. Change is becoming more evident. The role of the users of cultural urban heritage is also changing. The almost traditional system of defining what cultural heritage is through academic experts and then explaining its values to local communities and other users including tourists, seems not to be sufficient anymore (Laurajane Smith - Director of the Centre of Heritage and Museum Studies - Australian National University – see also; Canberra Critical Heritage Studies Manifesto, 2013).
One reason might be the fact that during the beginning of the conservation movement, the cultural system in which preservation activities were embedded, was more homogeneous than it is today. Today, we talk of cultures more than we do of culture per se. When we describe the settings and systems for cultural urban heritage, we acknowledge that we have a larger variety of interests, uses and motivations among those who have to take care of the cultural urban heritage and are using and (hopefully) benefitting from it.
Ripp explains that our understanding of communication has changed too. While early theories of communication mainly used the sender-receiver linear structure, today through the use of social media and other opportunities, our understanding of communication is more of a complex system, where messages go in each direction, sometimes in a chaotic and uncontrolled manner. This is of course also the case for heritage communication.

As a result of these changes, it is noted that:

The trends that emerge raise important questions as to why the involvement of communities in the field of cultural urban heritage is more important now than ever before. Many local authorities are interested in learning about good examples enhancing their skills to design and set in motion appropriate processes and policies.
According to UCLG (The Global Network of Cties – Local and Regional Government), cities are territories with massive economic, environmental, political and cultural wealth and diversity both actual and potential. But the development models implemented in most countries today tend to concentrate income and power resulting in poverty, exclusion and environmental degradation in urban areas, among other problems. Insofar as cultural urban heritage is concerned, not everybody in society has a say and decisions become concentrated in capital intensive/ government proclivities thus leaving communities out of the political process.
Further, public policies often tend to contribute to these problems by ignoring the contributions of local communities to the construction of the city, as well as the citizenship of those communities’ inhabitants. Such policies, too, are detrimental to urban society and urban life. These concerns are at the heart of the preamble of the World Charter for the Right to the City, a document that came into existence almost a decade and a half ago. The charter aims to specify the responsibilities of local and national governments, civil society and international organisations in ensuring that all people can live with dignity in urban areas. 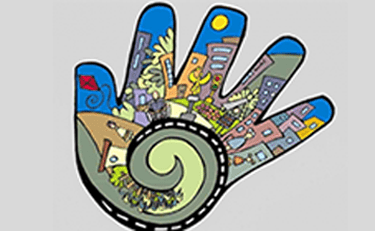 The Right to the City broadens the traditional focus on improving quality of life based on housing and the neighbourhood to encompass quality of life at the scale of the city and its rural surroundings. It sweeps in all the collective cultural urban heritage contained in the city complex as well as the surrounding suburban and rural areas and confers a legitimacy upon people’s actions and organisations based on their uses and customs with the aim of achieving the full exercise of the right to an adequate standard of conservation, sustainability and adaptability.
Paul Rappoport
Heritage 21 – 12 January 2017