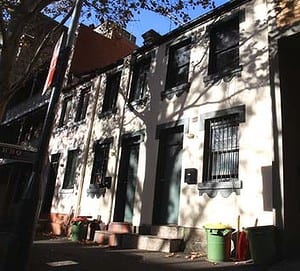 Heritage status was granted to the Victoria Street, Potts Point home of murdered heiress and anti-development campaigner Juanita Nielsen in 2011. Fortunately, this listing occurred two years before the house was put on the market at the end of 2013, for the third time since her death nearly 40 years ago.

The history and indeed the heritage of this house is important to Sydney, but the question remains what will be its future? 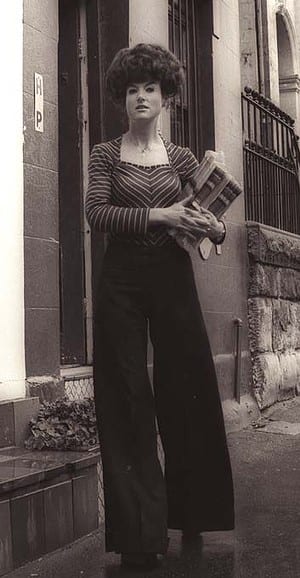 Juanita Neilson was a publisher and heiress to Mark Foy's retail empire and most notably an outspoken activist for the conservation of built heritage on Victoria Street Potts Point and in Sydney generally. Obvious motives for her suspected murder involved her opposition to the development of Victoria Street which was proposed by businessman Frank Theeman. There is a popular notion that her remains were buried in the foundations of one of the developments that she fought to prevent.

The price guide has been listed for the property asking for offers over $879,000. Juanita's father purchased the property for her in 1974 for $17,000. It was from this address that she ran the local newspaper NOW which had a propensity for publishing sentiment condemning large scale development in the area, possibly antagonising those who eventually ended her life.

All three of the major suspects in the case are now dead, including the 'Victoria Point' developer, Theeman. Eddie Trigg, the last of the living suspects died in February of 2013, rendering it unlikely that we will ever know who is guilty of murdering Juanita Nielson.

Rappoport is curious whether the home that Juanita stepped out of on the last day of her life will adopt a use, fitting for her legacy or if it will succumb to the developments that she fought and died to defend Sydney's built heritage against.