As planning matures it recognises an increasingly large set of multiple interests. Various planners (sic) have drawn attention to the multiplicity of interests inherent in a multicultural society and the relationships between this multiculturalism and the planning system. As planning theory recognises the legitimacy of a greater number of interests it also needs to recognise that the potential for conflict amongst these interests increases, especially if the resources they are pursuing are reduced (Minnery, 1985). 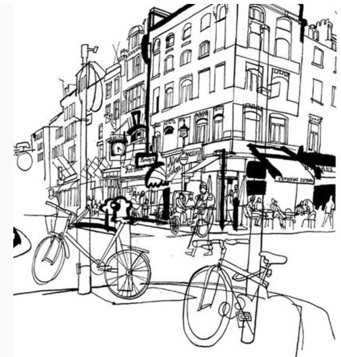 The past should preferably be presented from multiple perspectives. In such a way it can be used to challenge the exclusive national narratives. This would resemble a way to find “other voices” through the cultural heritage, and let those speak, for example those that might have been silenced within the national narrative. Instead of presenting a fixed cultural identity and a fixed narrative, the complexities of the individual would be highlighted if the culture is being perceived as flexible and in development, rather than homogenous. In such a way, a sense of a shared human identity can be expressed, instead of a cultural one, making it possible to express understanding and forgiveness over cultural borders. The importance does not lie in presenting facts to a passive “audience” but rather in the ideas and the thoughts that the cultural heritage awakens in people. The use of cultural heritage should address a moving target, with the realisation that the past is in continuous creation and so are perspectives upon it (Wollentz, 2014). 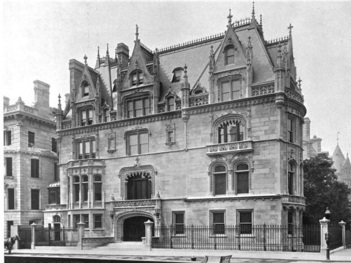 This demands an approach that is organic in character, rather than static. A process-oriented approach through dialogue would be one way of achieving this. By promoting the process instead, one can avoid the danger in “losing” control of the perceived symbolic value of the heritage. If a project feels “forced down” upon people, the chances of it being successful decrease, and the risk of “losing” control of the meaning(s) it tries to address will increase. This issue works both on a geographical as well as a social and cultural level. Therefore, projects should be planned through dialogue with those it involves, bottom-up instead of top-down. When listening to local perspectives in developing the project, local places as well as the intangible heritage become crucial factors. By connecting the project with the intangible heritage; the people for whom the project is created, will relate to it to a larger degree. In such a way, it will be perceived as relevant for them and they will therefore be easier to reach (Wollentz, 2014).

Conflicts in heritage planning mean a disagreement in which the involved parties perceive a threat to their interests, values, identities, rights or positions. Fundamental in conflict resolution, are five concepts defined as follows:

• Interests: underlying desires or needs that individuals and groups seek to attain
• Values: deeply held views about the way the world is or should be, which may be spoken of as truths
• Identities: answers to the question “Who am I?” incorporating groups that one belongs to as well as characteristics or attributes that are associated with those groups or that one associates with themselves as individuals
• Rights: independent standards of fairness or legitimacy that are either socially recognized or formally established in law or contracts
• Positions: specific, desired outcomes

Conflict is common in heritage place planning and management, and can be minor and relatively easy to resolve. In some situations, conflict is far too strong a word; rather, it is more a lack of agreement that slows or stops a process or prevents mutual understanding and trust that may create a better outcome for all. Sometimes conflict, discord, or lack of agreement is ignored in the hope that it will dissipate with time or become a lesser issue if the shared goals can be realised. But conflicts and disagreements can also present major barriers to achieving good heritage outcomes (Johnston and Myers, 2009). 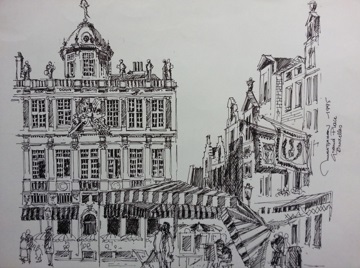 While it is possible to speak of multiple and nested types of heritage – global, diasporic, national or otherwise, often missing from these discussions are definitions that acknowledge heritage at a basic, generative level. Heritage from an analytical perspective, exhibits both intentional and extensional definitions. As an intentional definition, heritage presents itself a ‘sense of self in the past’ where the subjective component of ‘self’ is ascribed at increasingly broad scales of the individual, community, nation and globe and temporal links between the subject and the past are based on perceived genealogical, biological or community connections (Porter and Salazar, 2005).

On the other hand, an extensional definition requires actually locating concrete manifestations of heritage in the world. Language and other practices are vehicles through which human understandings of the past are expressed. Objects too, come to embody these ideas. They represent and communicate past times in the present. While no single utterance, practice or object may fully represent a society’s heritage, these instances become bound in various publicly accessible discourses that inform the scope and accuracy of the term (Porter and Salazar, 2005). 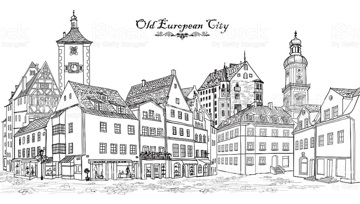 Finally, Smith (2009) states that consensus building is a collaborative approach for bringing people together to resolve contentious issues and make decisions. As each situation is unique, each process must be specifically tailored and designed to address the goals, needs, constraints, and realities of that situation. This “road map” for a collaborative process is known as a process design. It typically articulates the following:

a. Goals, objectives, and desired outcomes for the process
b. Primary issues to be discussed and decided
c. Participants (and/or representatives) that will form the collaborative group, and overall level and purpose of stakeholder involvement
d. How decisions will be made by the group, and how those decisions will influence the ultimate policies or decisions about the situation
e. Process time frame and schedule; may be in the form of a detailed work plan breaking down the topics and areas of discussion by number of weeks, months, and meetings in the process
f. Ground rules or operating protocols for the process, including roles and responsibilities of participants, facilitators/process managers, public officials/decision makers, and experts, as well as expected norms of behaviour