How often have we all heard or read the phrase; “Tourism is a driver of economic development”. Internationally, tourism is used overtly as a mechanism by which governments are able to address a variety of national, regional and local development objectives. The roles and responsibilities of governments in tourism were reinvented during the 1980s and 1990s by way of many UNESCO charters. Such changes, have been exploited under neo-liberal political ideologies to deregulate the economy and to restructure the state sector and local government, which ultimately includes the tourism sector. More recently, however, public sector policy initiatives indicate a shift towards a more pro-active role for the local and regional governments to manage tourism development as a means of paying for the upkeep of the assets (heritage buildings and places) on display.

However, very little of the tourism dollar is directly taxed or indexed to a user pays system and even less goes into the maintenance of the assets not to mention the maintenance of local residents’ livelihood and infrastructure. In other words, the billions generated from tourism (mainly heritage sites) does not flow directly back towards the upkeep of the very substance and object of the tourist spectacle. Such a shift leaves local communities begging for privacy and some actively attempt to shoe the tourists away.

Heritage is a broad concept and includes the natural as well as the cultural environment. It encompasses landscapes, historic places, sites and built environments, as well as biodiversity, collections, past and continuing cultural practices, knowledge and living experiences. It records and expresses the long processes of historic development, forming the essence of diverse national, regional, indigenous and local identities and is an integral part of modern life. It is a dynamic reference point and positive instrument for growth and change (The Charter Etos, 1999).

Cultural tourism market share development strategy focuses on promotion of the unique cultural aspects of a city or region, in order to draw tourists interested in those particular cultural subjects to the area. Heritage management, on the other hand is defined as management of regions’ natural, cultural and built environments. As a strategy, this focus has gained widespread acceptance nation- wide and internationally among tourism offices and bureaus to differentiate their cities, regions and states as desirable tourist destinations in an increasingly competitive marketplace.

Notwithstanding, the tourism ticket has been completely over-done and is now out of control in Europe to the point that it has begun to have a negative impact upon local communities, the heritage assets and the tourists themselves. 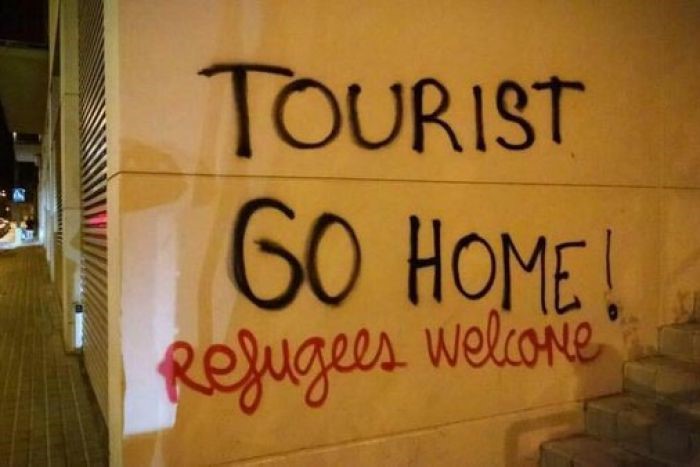 In my opinion, it is time for UNESCO and the World Bank to take stock of the tourism mantra. In this regard – consider this recent report in an Italian newspaper below;

Until now, Venice's conversation around controlling tourism had primarily been the domain of activists. However, that may be about to change as Italian newspaper La Stampa (4/11/16) reports that local officials are considering several options for regulating the number of visitors who come to the city, including a ticketing system that could go into effect as soon next year. Venice's tourism minister, Paola Mar, told the newspaper, "We are on the eve of a revolution and therefore the participation of all is essential. A commission is analysing every detail of the projects that everyone can present. Then we will decide. It will be a choice that will improve the quality of life for everyone, residents and visitors alike."
Some locals worry that if tourism continues its takeover, there soon won't be any Venice left for the Venetians. Many apartment buildings have been converted into Airbnbs or hotels, pushing rent prices upward and leaving many locals unable to afford a place to live in the city. Cruise ship traffic has quintupled in the last 15 years, and the prohibitive cost of living has sent many young Venetians elsewhere to look for work. The Independent reports that in 2008, when the population dipped below 60,000, a group of local protesters organized a mock "funeral" for the city. Some academics told the Independent they believe that the native population could be zero by 2030.

What a sad state of affairs for poor Venice, but it is by no means alone. Without active control by governments and tourist operators collaborating, many other cities will suffer the fate of Venice’s demise. It is time to break the heritage-tourism axiom – it has been overdone and has become utterly disrespectful. I suggest a 20% impost on all tourism under a hypothecated tax system that directs all monies back to local communities and the maintenance of the heritage assets. Such a system is likely to calm the fury, reduce the numbers of tourists and put many tourist operators out of business. What other way is there to stem the tide?