Yesterday I attended a seminar in Pyrmont NSW entitled “Sustainability Live”. It was organised by Architecture & Design and dwelt mainly with sustainability issues in building, construction, design, products and legislation. It occurred to me as a practicing heritage architect over the last 30 years that the young and nascent sustainability industry or call it sector is bound to follow the same growing pains that heritage has suffered over the last 30 years. Listening to the various speakers and panellists at the seminar yesterday, I realised that there is a pattern that these nascent sectors follow, and I set down my thoughts as follows. 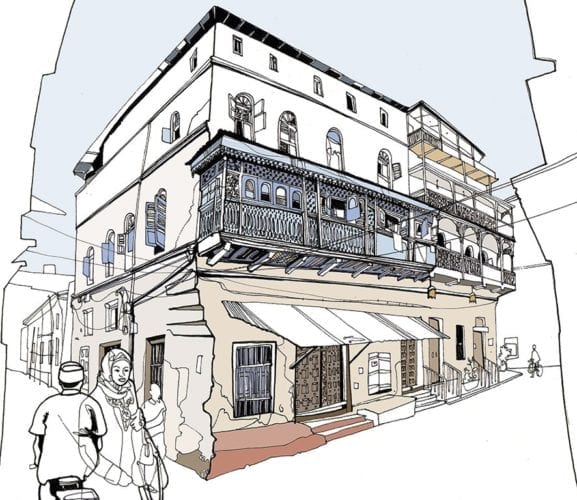 Firstly, there is the issue of ‘awareness’. How many people (what percentage of the population is aware of the basis precepts of sustainability?) including biophilia, volatile organic compounds, the supply chain, passive houses etc.? At the awareness spectrum, there are always opposing sides – those who passionately believe in healthy buildings and those at the other end of the spectrum who doubt the veracity of the alleged hype. In the middle of that is the group (largest by far) that simply does not know and is not aware of the science, the belief, the very point of it all.

Next comes the notion of ‘standards’. What standards are there by means of which to judge or assess a healthy building? What are the measures, metrics, scales, benchmarks etc.? There is a long way to go yet for such industry standards to be bedded down to the point where one can confidently say – this building is compliant and that one is not. It occurred to me yesterday that there is very little legislation in the sector. There are clearly industry bodies that are setting standards and in other countries, legislation is being enacted to set the standard, but apparently not much in Australia which begs the question: has the government come on board yet? Is there official regulatory support for the industry? Without government support, it is largely left up to the profession to chart the course which in turn renders the science even less efficacious in the public eye.

These are the typical growing pains that the heritage industry endured but has over the last two decades moved towards a standard set both by legislation and professional charters and I suspect that the sustainability sector will begin to draft its own charters, and these will change over time as the legislation and regulation creeps in. On the matter of regulation, there is a gaping question. How to regulate practitioners or manufacturers who make false claims or pretend to be meeting compliance but don’t. We only have to look at the enormous growing pains that the private building certification sector has experienced in Australia over the last 15 years to see the great levels of diversity between the honest shooters and the rogues in the industry.

Today, the heritage sector in Australia is highly regulated by legislation, but it still suffers from a lack of professional standards with which to convince the public of its bona fides. I mention this because there are still highly differing levels of knowledge, experience, and commitment amongst practitioners operating within the sector. This, in turn, accounts for inconsistencies from one practitioner to the next and between councils and other presiding authorities.

Of course, the way to solve this is through education, training and accreditation as well as ongoing education through industry seminars and CPDs. However, if the heritage sector is anything to go by, the sustainability has a long way to go yet and I wish it all the very best of luck because deep down it is good science and essential knowledge for people to have concerning their own health and the health of the communities in which they live.