Planning the Future of Heritage 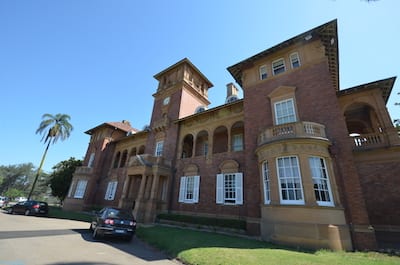 In a 1995 article published in the Journal of the American Planning Association (JAPA - 61:1, 82-94), William Baer maintains that conservationists have not looked at the long-term effect of their goals for historic preservation. Nor have planners addressed historic preservation in their long-range plans, despite considerable activity in the field.

Structures have been long in place by which we can forecast the architectural style and number of structures that will ripen for conservation long before the event. We can also estimate the effects of saving different percentages of the stock from the past and incorporate the implications of these effects into our plans.

The recent increase in historic conservation of properties is of a magnitude to rival other major land uses. Admittedly, classifying protected properties as a separate land use cuts across classifications, since they are already classified by their traditional uses. But the special, and usually more restrictive, regulations affecting heritage properties suggests the need for their special treatment in general plans. The economic and revenue implications of substantial conservation, including its use as a catalyst for central city renewal, e.g., tourism, further support this special treatment in planning. Economic stimulus from historic preservation districts implies increased pedestrian and vehicular traffic in and around protected areas. The scattered locations of these sites in metropolitan areas have long-term implications for configuring transportation routes and networks. In short, historic preservation should no longer be thought of as a piecemeal endeavour. It requires systematic forethought; its integration into plans for evolving cities requires long-range planning. 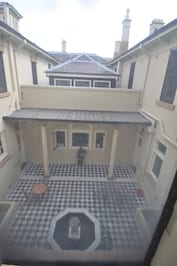 Baer suggests that alternative approaches to planning for historic preservation must consider several implications of such effort. First, trade-offs for space are inevitable. Historic preservation can be viewed as part of a larger societal effort to preserve existing but endangered resources of all kinds, built and natural. The increasing preservation of built and natural environments competes for land that otherwise would be available for new development. In the future much proposed new development will be denied in natural preserves and thus forced back to existing built-up areas, where each past development must compete with proposals for recycling the site. Second, we should try to make rough estimates of the relative demands (market and social) for the past and future uses of a space. It is possible to make such projections, especially for the supply of possible preserved properties. We already know how many structures were built in a given year, and we can estimate how many will survive and possibly ripen into historic artefacts.

With the traditional land supply thus diminished, new urban development to accommodate population growth will have to occur closer to existing development or even within it, at higher densities on recycled lands. But that too is increasingly difficult, as cities adopt growth controls, height limitations, downzoning, urban development zones, and other restrictions on unfettered land use. Thus there are competing urban interests and furthermore, historic preservation tends to constitute development of lower density than that which is built nowadays. Admittedly, some protected historic sites allow remodelling and a blending of past and present uses, but historic sites were usually built at lower densities than the market now dictates. Even blending new with 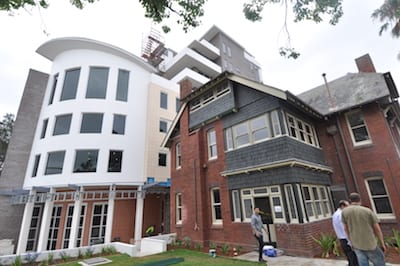 old on the same site usually results in a lower density than would otherwise be the case. Thus, historic preservation means that some new developments that might revitalize an urban area will seek sites elsewhere, possibly hastening development of the periphery and weakening efforts to encourage compact cities. In other cases, historic preservation attracts potential development from elsewhere. Conservation as a magnet for new development cannot all be accommodated on site, it may occur at higher densities on surrounding sites. Denser surrounding development threatens the ambiance of a historic site, creating a need for buffer zones between the two. Such zones displace proposed development still further. In short, trade-offs must be considered between the past and the future.