At the recent State of Australian Cities Conference held in Sydney (26 to 29 November 2013), I gave a talk based on my paper which was co-authored with Dr Robert Freestone from UNSW about attitudes and perceptions of the NSW heritage management system.

The conference was attended by approximately 350 delegates and there were 200 papers delivered.

Our paper relates to recent PhD research in which sixty people were interviewed separately based on a 22-question open ended survey.

The interviewees were drawn from eight separate groups as follows; 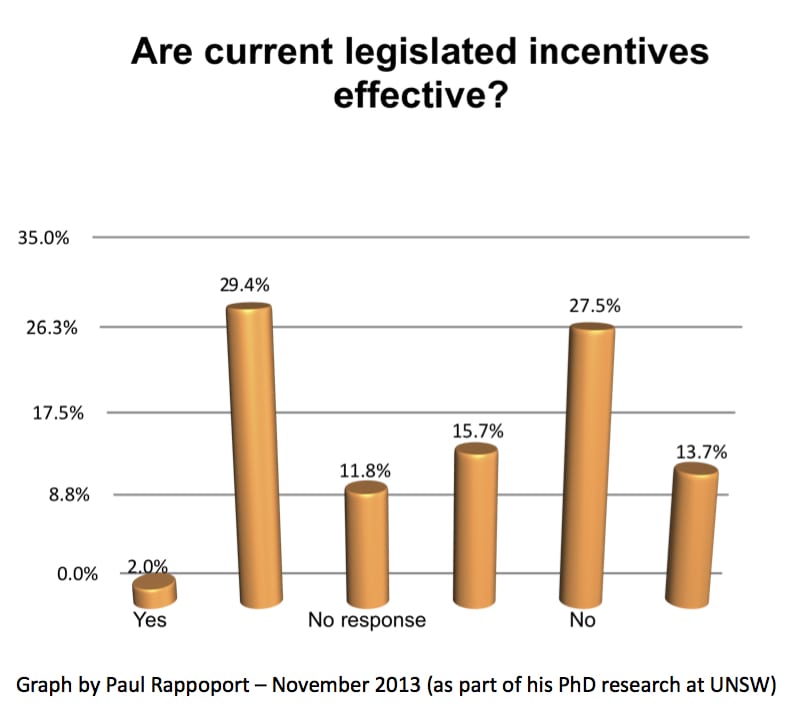 The presentation that I gave at the SOAC conference included a number of graphs showing what the interviewees perceive as weaknesses in the NSW heritage management system operated through local government planning frameworks.

When asked to consider whether they think that current levels of legislated incentives are effective, only 2% of the interviewees opined categorically yes. A roughly equivalent amount stated yes as those who stated no, but many were either ambivalent or unable to answer the question. One of the possible reasons for the ambivalence and the no response is that many people, especially owners and developers simply do not know about the existence or the availability of incentives within the NSW heritage management system.

The fact is that for private owners who make up more than 90% of the listed properties in NSW, there really aren’t many incentives available and those that do exist have been found to be largely ineffective.