The funding crisis of the NSW Heritage Management System (Part 3) 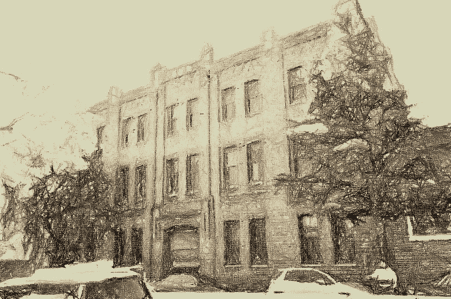 Against the backdrop of cost shifting and rate capping in local councils, it remains extremely precarious for local government to balance the public and the private interest. On the one side are the demanding developers seeking ever bigger, larger and higher developments and on the other is the community interest. In the case of the latter, the community expects that owners of heritage properties will do the right thing and look after their listed places with care. Yet local government whose role it is to be the policeman in this matter relies entirely upon the private sector to pay the costs of maintenance and upkeep. It is also government's role to consider likely heritage impacts when upzoning or changing the zoning of land potentially affected by listings. In reality, none of this is done very well and there tends to be reliance upon private heritage consultants to sort out the impacts of any new development or re-zoning consequence triggered by a development application involving heritage. My experience as a heritage architect over the last 25 years has been that the process of zoning, re-zoning and up-zoning factors little into the equation regarding heritage and often, the horse has bolted before anything can be done about it.

Nonetheless, there is an expectation by owners and the community that local government would have an obvious role in balancing the public and the private interest. However, the reality is that it is not managed very well and the listed stock is placed in peril as a result. Continual under-funding of local government by the NSW State government results in lack of resources internally. This means that heritage services are cut to the bear minimum and largely cost shifted onto the private sector. The cost of development in NSW in terms of gaining the necessary development, construction and occupation approvals and certificates is enormously expensive. When a listed heritage property is involved, the costs are even more expensive than ordinary non-heritage development because expensive reports and assessments need to be carried out and submitted with the general documentation in support of a proposed development.

Another aspect of the funding crisis in local government has to do with the ad valorem system of rating as opposed to rating on improved land. Henry George makes the claim that tax on land values is the best method of raising public revenue (Dwyer, 2014: 8). Stokes disagrees. He maintains that the anthropocentric nature of the Georgist tax theory may result in ruinous consequences for the natural and built environment (Stokes, 2005: 45). Thus, George's economic conceptualisation of land as simply being a dormant entity waiting to be put to a wealth maximising use or purpose by humans, results in destructive effects upon the environment and heritage potentially because of over-development. Notwithstanding the observations of Stokes, George's theories rely upon maximising revenue for local authorities whose role it is to provide an increasing array of specialised services beyond merely providing for roads and rubbish.

Dwyer points out that there are four reasons why the ad valorem system does not work. First, the responsibilities of local government have expanded significantly so as to encompass a much broader operational remit, including responsibilities for a range of community services, and an increasing role in environmental protection and climate change adaptation. Secondly, this increase in responsibilities and roles has been coupled, in many local government areas, with an increased and ageing population requiring provision of a greater number of community services. Thirdly, the size of grants to local councils from the Federal and State governments has declined substantially during the past few decades. Fourthly, a number of local councils suffered great loss from bad investments during the recent global financial crisis (Dwyer, 2014:9, 10).

Vertical fiscal imbalance results in less competent delivery of services by cash strapped local councils on account of centralisation, rate capping and rating on the ad valorem system as pointed out above. Ad valorem is commonly applied to a tax imposed on the estimated value of property based on its category which in NSW may either be farmland, residential, mining or business and is a system that differs from tax applied to improved land. The practice of rate-pegging (rate capping) according to Dwyer (10) has contributed to distributive inequities or injustices being done to local councils in NSW by imposing upon councils the burden of having to provide new, extra and improved services and facilities to local communities without the benefit of increasing its ordinary rates to the level required to cover the costs of those services and facilities.

The thought of fully funded local councils is a tantalising concept but is ultimately doomed to fail for as long as Australia maintains three separate spheres of government i.e. Federal, State and local each with their own concerns, challenges and defences. Other jurisdictions allow for more equitable funding to local councils whether through a system of centralised agency control or empowering local councils to tax according to need. In Japan, local taxes account for 25.6% of all other taxes. In Denmark, local taxes account for 32.9% of all taxes imposed on the Danish population. Likewise in Iceland (22.4%) and Finland (21.2%) local authorities have considerable influence and control of their own taxing systems beyond mere property rating. In Australia, local taxing comprises only 3% of all taxing.

Kitchen points out in Table 1 below that income taxation (corporate and personal) is the most important source of local tax revenues (column 2). In Denmark, Finland, Norway, Sweden, Luxembourg, and the Czech Republic, it accounts for more than ninety percent of local revenue. In Australia, Canada, Mexico, France, Greece, Hungary, Ireland, Netherlands, New Zealand and the United Kingdom, by comparison, local governments do not have direct access to income tax revenue. Property taxes (column 4 – Table 1) account for more than ninety percent of all local tax revenue in Australia, Canada, Ireland, New Zealand, and the United Kingdom (Kitchen, 2004:1, 2).

International experience suggests that an essential ingredient in creating a good local public sector is a responsive and responsible local government. A necessary pre-condition for such a government is that it possesses the fiscal capacity to provide required and desired levels of public infrastructure and services. Local governments carrying out their expenditure responsibilities are likely to be more efficient, responsible and accountable if they are required to raise the revenue that they spend. Further, this is dependent on the fiscal autonomy or fiscal discretion that local governments have in determining their tax base and setting their tax rates. Fiscal autonomy in theory is greatest when local governments are free to determine both the tax base and tax rates without senior governments imposing limits on either of these. Fiscal autonomy is least when both the tax base and tax rate are set or controlled by senior levels of government (Kitchen, 2004: 4).

In NSW, the local government sector comprises 152 general purpose councils and their physical size and population density characteristics vary, ranging from densely populated urban councils to remote, rural councils. The largest council in area is Central Darling which covers 53,534 square kilometres with the smallest being Hunters Hill at 5.7 square kilometres. Similarly, population size varies enormously with Urana Shire Council having 1,157 residents, while Blacktown City Council has 325,185 residents. Local councils make a significant contribution to the NSW economy. As an industry, local government is custodian of over $139 billion worth of assets, it contributed more than $7.5 billion to the economy during 2013/14 and directly employs more than 45,000 people (Your Council, 2015:9). There have been no amalgamations in the past 10 years, with the number of general purpose councils remaining at 152. The amount and scope of infrastructure provided by councils has also grown in the past ten years with councils adding over 1,854km of roads to their networks and providing an additional 289 community centres and halls. Councils undertake a large range of regulatory functions, including inspections of food and other premises, such as hairdressers and tattooists. These activities have grown significantly over the last 10 years, as reflected by the growth in the number of regulated establishments (Your Council, 2015:9). 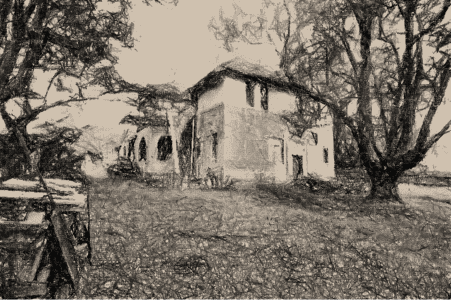 In terms of planning and development, in 2013/14, the total number of development applications determined was 42% lower than in 2005/06. This is partially due to the use of council planning instruments being replaced with the Codes SEPP (State Environmental Planning Policy) for exempt and complying developments. However, while the number of development applications determined has fallen since the collection of data in 2005/06, the total value of approved developments has increased by 28.4% to $25.689 billion (Your Council, 2015:9).

Under increasing financial strain, rate capping, stringent Loan Council controls and a real decrease in the value of grants from higher levels of government, local governments in Australia are still required to pay for new infrastructure and maintain existing infrastructure. With its own revenue base severely constricted, the local government sector places greater reliance on 'user pays' methods of financing urban infrastructure such as Section 94 of the NSW Environmental Planning and Assessment Act of 1979. In essence, Section 94 empowers local councils to levy developer charges on new developments for the services and amenities requiring to be provided as a consequence of such developments (McNeill & Dollery, 1999:3).

However, the user pay extraction is limited to new development and therefore cannot be placed on heritage buildings which are considered to be existing development supposedly serviced by existing infrastructure. Such a limitation places further burden and predicament on the funding of local council heritage portfolios. 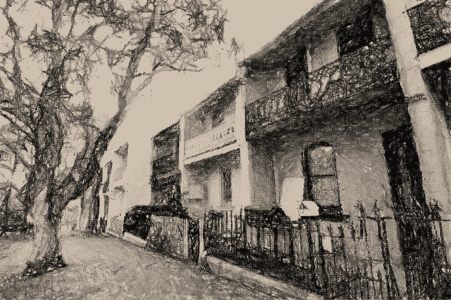 The problem is that the charges amount to one-off payments that councils often invest in order to earn interest on the investment and the purpose for which the levy/ tax was intended amounts to hollow promises by the council to actually provide the additional infrastructure under the scheme.

S94A plans expressly authorises levies to be paid for different purposes. These funds can be pooled and applied progressively for infrastructure purposes. Pursuant to clause 27(3) of the Environmental Planning and Assessment Regulation 2000, this provision only applies if the Council is satisfied that the pooling and progressive application of the money paid will not unreasonably prejudice the carrying into effect, within a reasonable time, of the purposes for which the money was originally paid.

The proposed cost of carrying out the development is determined in accordance with clause 25J of the Environmental Planning and Assessment Regulation 2000. The procedures set out in Section 5 of the regulations must be followed to enable the council to determine the amount of the levy to be paid. The value of the works must be provided by the applicant at the time of the request (most often at DA lodgement phase) and, where the value of the development is greater than $10,000,000.00, there must be an independently certified Quantity Surveyor who is required to certify the projected cost of the development factoring all establishment, material and procedural costs. All costs associated with obtaining the estimate of costs are at the expense of the applicant and no construction certificate is issued by the council until the levy has been paid. (Richmond Valley, 2014). 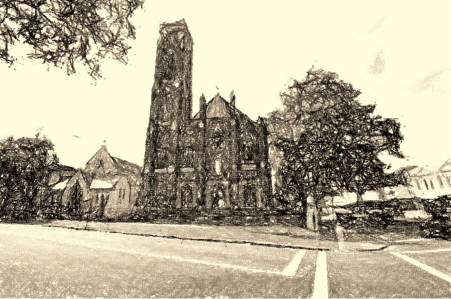 After all, the aim is to create an hypothecated fund in council for the ongoing maintenance of heritage buildings and associated management issues. Local government needs to be better empowered to care for the listed stock. It is unreasonable and inequitable to expect private owners to foot the bill for everything. Besides, it creates distortions to the extent that the private sector begins to have carriage of the system and local government whose role it is to be the policeman in such matters effectively relinquishes its role to the private sector thus disempowering it from having any meaningful role in the process.