Urban Terror – Is this the new normal? 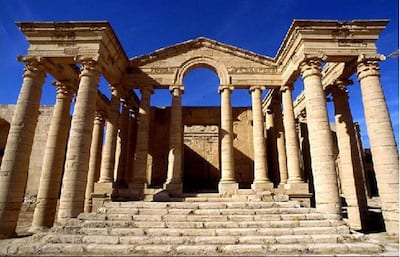 Following Friday's (13 November, 2015) attack on Paris, it is time to take stock of the destructive impact on the world's cultural built heritage in Syria, Iraq, Turkey, France, the UK, America, Africa and Australia. All have all been affected by the outright annihilation of buildings and archaeological sites. UNESCO has not had to deal with the effects of war and conflict on listed heritage buildings to such a degree that it faced with now. Relatively few sites have until now been the target of deliberate and wanton destruction and many of those hit constitute the most iconic representations of Western culture and history.

In March of this year, the Iraqi Ministry of Tourism and Antiquities announced that forces had bulldozed Nimrud. Nimrud was one of the most unique archaeological sites in the entire ancient Near East. It was the capital of the first empire in a long series of empires that have profound significance in the way the region developed and ultimately how it affected society (Daily Mail Australia, 2015). 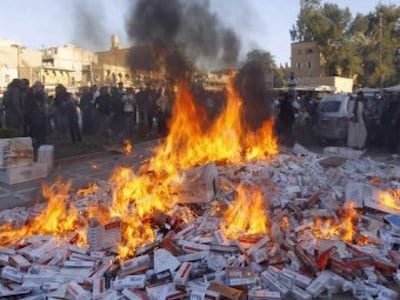 Khorsabad Palace is situated in Nineveh which is an ancient Mesopotamian city located in modern day Iraq; it is on the eastern bank of the Tigris River and was the capital of the Neo-Assyrian Empire. It was the largest city in the world for some fifty years until, after a bitter period of civil war in Assyria itself, it was sacked by an unusual coalition of former subject peoples, the Babylonians, Medes, Persians, Chaldeans, Scythians and Cimmerians in 612 BC (Wikipedia). According to the Oriental Institute at Chicago University, Khorsabad was one of three cities that served as a capital during the empire's reign. UN secretary general Ban Ki Moon has called the destruction a 'war crime'. Mr Ban was 'outraged by the continuing destruction of cultural heritage in Iraq'(CNN, 2015).

Mosul Museum which held 173 original pieces of antiquity was invaded in June of this year. It was Iraq's second-largest museum. The museum contained large statues from the UNESCO World Heritage site of Hatra as well as artefacts from the archaeological sites of the governorate of Ninevah (Daily Mail Australia, 2015).

Mosul Library in the northern Iraqi city has been destroyed. The library's collection reportedly included 18th-century manuscripts and Ottoman-era books. UNESCO has called the burning of the library "one of the most devastating acts of destruction of library collections in human history." (CNN, 2015)

Jonah's tomb was hit in July 2014. The tomb was inside a Sunni mosque called the Mosque of the Prophet Yunus. The holy site is said to be the burial place of the prophet Jonah, who was swallowed by a whale or great fish in the Islamic and Judeo-Christian traditions or so the myth goes (CNN, 2015).
In 2014, the site of the ancient ruined city of Hatra was taken over. Located 110 kilometres (68 miles) southwest of Mosul, it was used for the purpose of storing weapons and ammunition, of training fighters and for the execution of prisoners. Hatra has been razed and "the destruction of it marks a turning point in the appalling strategy of cultural cleansing underway in Iraq," according to the UN secretary general.
More recently, the ancient city of Bosra, the eighth-century Great Mosque of Aleppo and the 11th-century Crac des Chevaliers - a Crusader castle; have been engulfed in conflict. 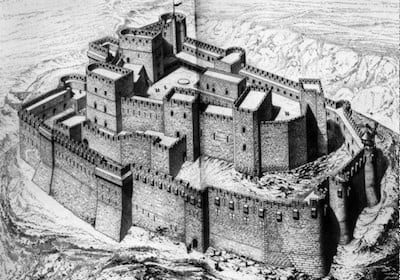 Crac des Chevaliers is reputedly the best preserved example of the castles of the Crusader period and is seen as an archetype of medieval castles particularly in the context of the military orders," according to UNESCO (Buzzfeed News, 2015).

In December 15, 2014, the Iranian-born asylum seeker Man Haron Monis took staff and customers at the Lindt Cafe in Martin Place, Sydney hostage, telling them "this is an attack, I have a bomb". The siege ended about 17 hours later when Monis forced cafe manager Tori Johnson, 34, to kneel, before shooting him in the head with a sawn-off shotgun. When the police burst in with blazing gunfire to save the hostages, much damage was sustained to the interior of the heritage listed building in which the café is situated (ABC News, 2015).

The deadly attacks on Paris resulted in at least 130 people (numbers climbing) being killed in gun and bomb attacks on Friday 13 November 2015. French President Francois Hollande called it "an act of war." The coordinated assault came just a day after more than 40 people were killed in twin suicide bombings in a southern suburb of Beirut. The Paris attacks are the first case of large-scale violence in Europe (Discovery News, 2015).

Apart from the tragic loss of life and the spilling of blood on the streets of Paris, Beirut and countless other places all over the world, buildings are shot at, bombs are detonated and suicide bombers self-immolate. Paris is a treasure trove of architectural beauties, but has sadly been exposed to the destructive forces of conflict as have other sites in Iraq, Turkey and Syria. The western world's ancient monuments are ever-threatened by the consequence of war. In fact any city anywhere is exposed to this new normal and society is bound to change as a result. Conceivably, streets and open spaces will become less populated as people shrink away from the unpredictable urban terror such as being randomly gunned down outside a café, getting caught as a hostage in a theatre, a bar, a public place etc. Our hitherto open access society; a Europe without borders; will become a thing of the past. Tourism is likely to drop too as 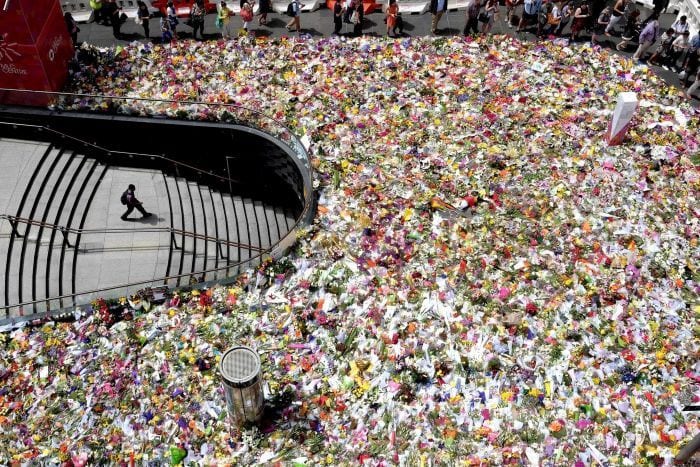 fewer site seers make their way to destinations and even local tourism will be affected. In the worst case scenario, the fear of urban terrorism will cause people to stay at home and look inward for entertainment and distraction because sports stadia and open air gathering places will become dangerous no-go zones and then the real crooks and baddies will begin to inhabit those deserted spaces wreaking even greater havoc on society.

All of this is likely to result in incremental change to our cities. Urban complexes are the most iconic realisation of our societies because they contain everything that represents us within their history, mythology and way of life. Cities describe the historic patterns of our culture and social order. They are priceless testaments to all our collective and creative endeavours – yet are now exposed to an entirely new form of danger – one that we have not yet had to deal with. At this stage, we don't even know how to respond. Do we carry on in the 'Je Suis Paris' fashion that we did after the Charlie Hebdo attack in January this year and suffer more Bataclan massacres or do we recoil in fear and lock our borders, our buildings, our public places, our parks, cafes, cinemas, sports stadia etc. for fear of our lives? 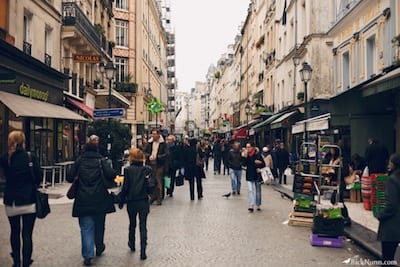 Whichever way we chose to respond, our cities are bound to change for a long time. At the Bonn Declaration on World Heritage on the occasion of its 39th session in Bonn, Germany, UNESCO expressed growingly concern about the physical damages inflicted on prominent world heritage and other cultural sites in areas exposed to armed conflict and natural disasters and is also alarmed by the looting and illicit trafficking of cultural properties and assets in those areas. UNESCO is deeply shocked by repeated attacks, destructions and violence aimed at destroying cultural diversity through deliberate targeting of individuals and communities on the basis of cultural, ethnic or religious background, as well as places of worship, memory and learning (Bonn Declaration, 2011).

Even as the blog is being written, Belgian authorities have raised the terror alert to its highest level for Brussels and have shut the city's metro system down as they warned of a "serious and imminent threat" in the capital region. People in the city should "avoid places where a lot of people come together like concerts, major events, train stations and airports, public transport," the country's OCAM national crisis centre said on its website (SMH, 2015). Is this the new normal? 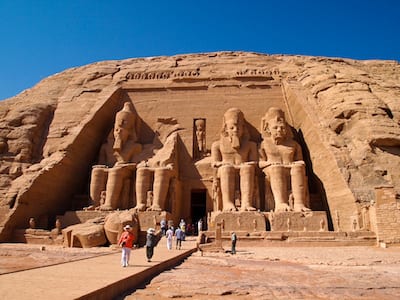