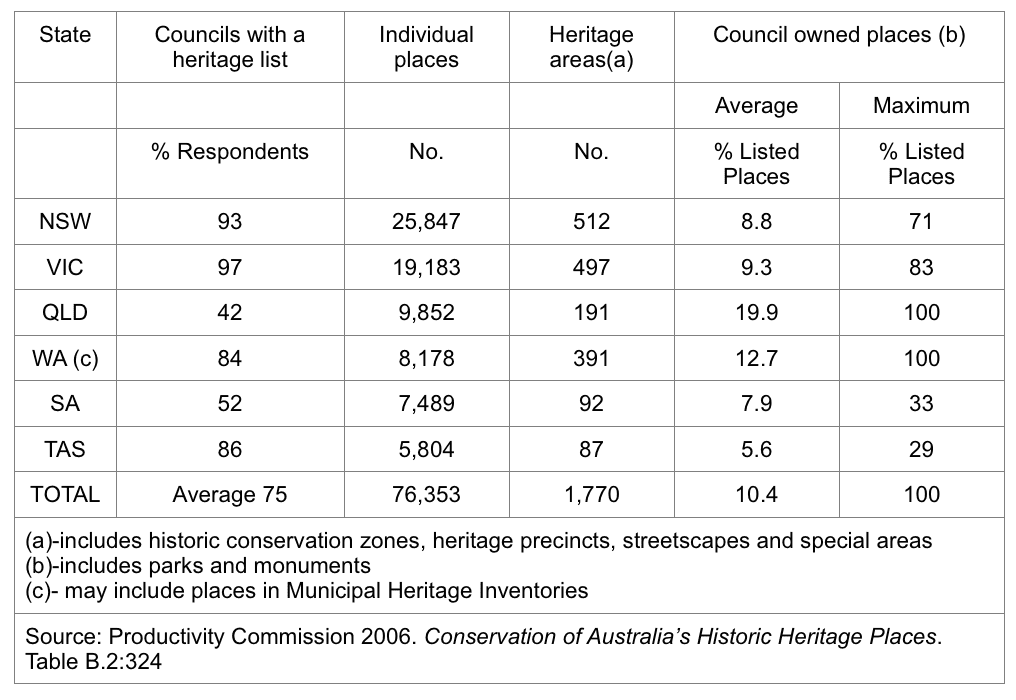 The management of CBH (cultural built heritage) draws upon the resources of government, the community and private owners. Unfortunately, in NSW, the current system draws inequitably upon those resources placing far too much cost burden on private owners. CBH as a resource is ultimately a public good for all in society to use and enjoy. Naturally, privately owned heritage has restricted use but its presence in streets, suburbs, cities and cultural landscapes is there for everybody to enjoy. The inequitable allocation of resources in the heritage management system (HMS) at local government level gives rise to an inbuilt resistance. Listees question the veracity their listings, the community resists having to pay directly for the cost of heritage maintenance and the government (State and local) expects owners to look after their properties with nothing more than listings i.e. no education, promotion or celebration of cultural built heritage (CBH) as a public good in society. Yet, without government involvement, owners, managers and developers of heritage properties would take matters into their own hands and there would shortly be an attrition of the listed stock. Likewise, the community which gets the benefit of the listings at no direct cost to itself would resist having to directly contribute to the cost of maintaining heritage buildings and government would be forced to increase taxes and levies to cover the costs.

Table 1 (above) – Extent of CBH in Private Ownership in Australia in 2006.

The PC report 2006 indicates that in Australia, 90% of the listed stock is in private ownership (see Table 1). There are 40,000 locally listed buildings in NSW (see Table 2). If on average, each listed property in NSW requires $200,000.00 of capital cost to repair and conserve such properties, then the accumulative capital cost to the private sector is estimated to be $8 billion x 90% = $7.2 billion. In 2013-14, the NSW budget declared receipts of revenue totalling $65.4 billion. Accordingly, the cost of CBH conservation and repair in the State is estimated to be 11% of the NSW budget for 2013-14. 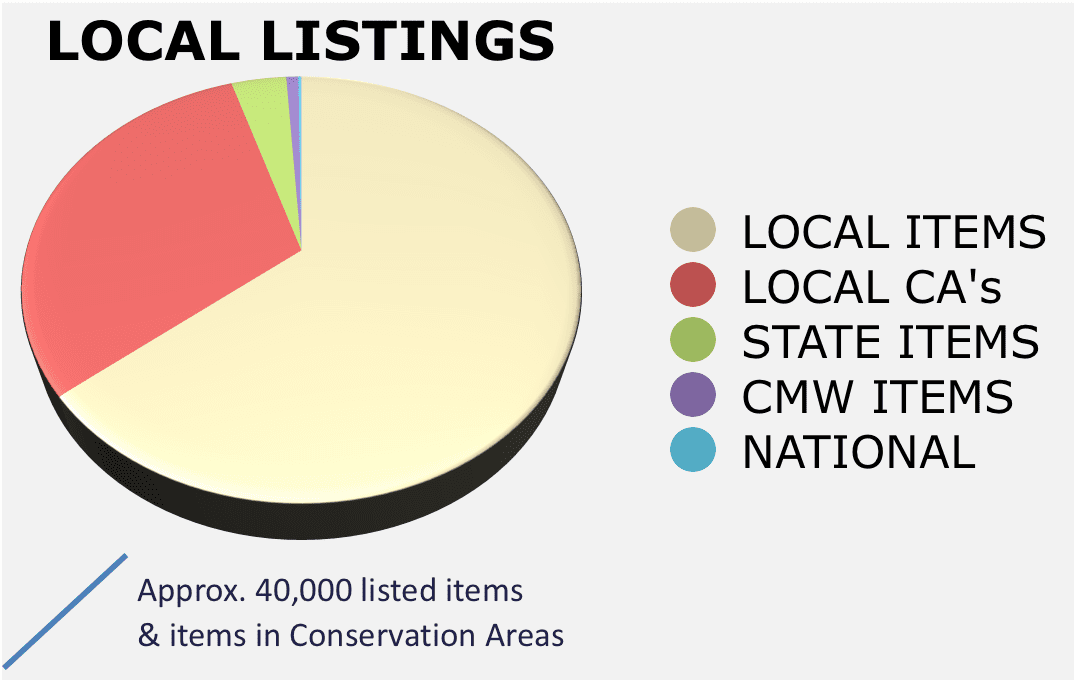 It is highly unlikely that the NSW government would pitch 11% of its budget revenue into heritage maintenance and management. It has already outsourced the cost of preparing assessments of heritage impact for proposed developments to the private sector. Owners have to pay heritage consultants for such assessments out of their own pockets. In this manner, conservation is triggered by development and the private sector assessments are naturally skewed in development's favour. This is not good for the HMS which increasingly has to rely upon outsourced privatised advice that is inherently tendentious and pro-development. Indeed, the current government strategy is to spend only as much as necessary and let private owners foot the bill for the rest. But the risk is that eventually, the private sector begins to take carriage of the system and in so doing, development is most often seen by government as a higher good than heritage itself.   As this blog reveals, the burden placed on the private sector is one fraught with problems because coupled with lacklustre policy in the sector and a weak regulatory framework, the stock of locally listed heritage buildings is ever threatened. Poor management, low levels of information, an inconsistent professional approach and insufficient training of staff results from under-resourcing in government.

Ironically, the very purpose of maintaining heritage buildings and protecting them against inappropriate development is defeated by policies that fail to adopt a principled approach to conservation. To make matters worse, the NSW HMS is insufficiently charged with political commitment to CBH as a public good in society. The lack of commitment stems from Canberra. When it comes to a national policy on CBH, the Australian Federal government fails to lead with a strong hand and the State governments follow in their trudging footsteps. By the time the system has percolated down to local government level, there is some, but very little resources and guidance available to councils and shires to deal with their CBH portfolios.

A further irony is that in NSW, the 1979 legislation on heritage (EP&A Act) for local governments is robust and it allows councils to list their buildings as they see fit. Yet, apart from a few of the better resourced metropolitan councils such as Hunters Hill, Woollahra, Leichhardt, North Sydney and the City, actual policy is guided mainly by the intervention of third party objectors, the National Trust and community resistance to change where deemed injurious and/or inappropriate to CBH. There are no pre-set guidelines equivalent to National Planning Policy Framework – Section 12 (UK) and British Standard 7913. Such guidelines prioritise CBH well above development and direct the consistent application of standards throughout local government. Conceivably, if such standards were adopted in NSW, they could be applied to all councils, planning panels and the LEC evenly.

In the meantime, both government and private owners are disarmed by a system that has become ad hoc and unpredictable. Thus, in the wake of the PC 2006 report, a policy vacuum has emerged and the scoresheet on heritage management in NSW falls way below international standards especially when compared the UK, European Commission, Canada and the USA.

Despite this, there are many opportunities for the growth and the resilience of the heritage management system at local government level in NSW and the opportunities lie mainly in economic mechanisms such as taxing, planning credits, cost abatement, fast tracking and transferrable development rights etc. Such economic mechanisms shift the burden away from the private sector allowing the system to operate on more equitable terms; terms that draw equally upon the resources of the private sector, the community (volunteers, the National Trust) and local government (through initiatives and incentives). The recommendations of this thesis hint at a rebalancing and calibration of the HMS back towards the public sector which has over the years since the enactment of the heritage legislation in the late 1970s, not only lost control of the HMS but direction too. It suggests that the application of standards and principled approaches that set out a range of responses to inappropriate development be established for all councils and shires in the state and be adopted by State government consistently and firmly. It suggests that there are ways in which this can be done through incentives which provide hypothecated funds for CBH management in NSW local government. It suggests further that attitudes towards CBH might change positively as a result of a power shift back into the helm of the public sector.